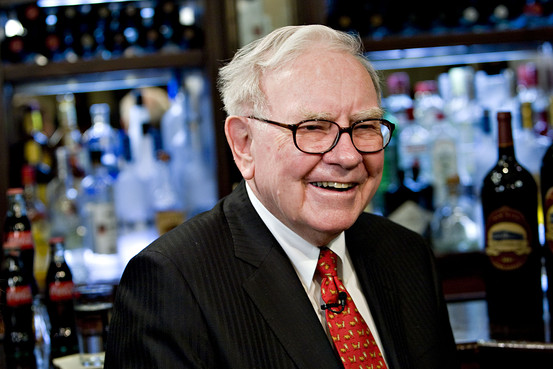 While Warren Buffett may not be fond of marketability, liquidity or short holding periods, the fact that stocks have moneyness—that they have varying degrees of liquidity—is vital to understanding stock prices. In this post I'll show why analysts can't ignore the liquidity factor when they try to evaluate whether today's S&P500 is over or undervalued.

With equity markets setting new highs by the day, the chorus of fundamental analysts shrieking "overvalued" is deafening. These analysts often buttress their point by an appeal to some sort of benchmark valuation metric, like Robert Shiller's cyclically adjusted price to earnings (CAPE) ratio. The "cyclical adjustment" bit refers to the fact that the divisor, earnings, has been smoothed over several cycles, in this case the last ten year's monthly earnings.

The average CAPE since 1881 has been about 16.5x. Today we are currently paying a hefty 22.9x for each dollar of cyclically-adjusted earnings. In order to return to the long run average of 16.5x, the S&P500 would have to plunge by around 28%. That's quite the bear market.

In the chart below I've flipped the cyclically adjusted P/E ratio upside down into an E/P ratio, or a measure of the S&P500's earnings yield. The earnings yield indicates what sort of cyclically-adjusted fundamental return investors might reasonably expect for each dollar they invest in the stock market. The yield currently clocks in at 4.4%, far below the historical median of 7.1%, and way lower than some of the more juicy returns of 10-15%.

The point that fundamental analysts take from this chart is this: why invest in stocks if they don't yield anything close to their long term average?

Adding liquidity to the valuation equation

The fundamental analyst's appeal to Shiller's CAPE ignores the fact that a stock yields not just a pecuniary earnings return, but also a non-pecuniary liquidity return. Stocks are moneylike—put differently, they have moneyness. This feature is valuable. The knowledge that a given good or asset will be relatively easy to sell in the future provides its owner with a degree of comfort. After all, if something unexpected happens to the owner—a tree falls on his house—he'll be able to quickly exchange away those liquid assets in order to get started on home repairs. Less liquid assets don't provide the same level of comfort. Their owner can never be sure that they'll be able to easily sell them should a tree fall, or a storm hit, or a car crash. Assets with higher degrees of moneyness provide greater discounted flows of comfort over time.

Because they have been honed to provide ever higher liquidity returns, a modern day stock simply does not need to provide the investor with the same cyclically adjusted E/P yield that it did in the 1950s or 1960s. Just like a chequing deposit doesn't need to provide the same return as a savings deposit, today's stocks don't need to provide as much per-share earnings potential as yesterday's stock. This means that you should be very careful about mining Shiller's long term data for clues about present-day valuation since you'll be effectively comparing apples to oranges or, more correctly, illiquid shares to liquid shares.

Institutional changes increase the ease of transacting in shares

Here is a list of ways in which equity markets have evolved over time to increase the moneyness of equities.

1. Falling fees: Prior to 1975, the NYSE required that all members set minimum commission rates. Competitive pressures from over-the-counter exchanges (along with SEC pressure) finally convinced the NYSE board to deregulate commissions in 1975, the famous Mayday episode. In Canada, the changeover date was 1983. As the chart below shows, commissions plunged.


In addition to lower commissions, the emergence of competing exchanges like NASDAQ in 1971, and, more recently BATS, Direct Edge, and various dark pools, have led to ever lower exchange trading fees. Lower fees make it easier to get in and out of stock, rendering stock more useful as exchange media. A direct result of Mayday, for instance, was Charles Schwab and the discount brokerage boom, a phenomenon which dramatically increased the pool of investors and deepened liquidity in equity markets.

2. Collapsing bid-ask spreads: The influx of high-frequency traders has dramatically compressed the average spread between a stock's bid and ask price. But even before then, bid-ask spreads had been on a long term decline:


New practices like decimalization, implemented in Canada in 1996 and the US in 2001, have contributed to spread shrinkage. Stocks used to be quoted in eighths of a dollar. This was changed to sixteenths in 1997, but the practice of quoting in narrower fractions only meant that the minimum spread was now 6.25 cents rather than 12.5 cents. Decimalization allowed the spread in liquid stocks like MSFT to shrink to a cent or two. We're even seeing sub penny spreads these days, an impossibility just two decades ago.

Like lower commissions, narrower spreads make it easier to transact, therefore increasing the moneyness of stock.

3. Back-office changes: In the old days, stocks were traded in certificate form. When stock was exchanged, brokers employed "runners" to carry certificates from one broker to the other. In the late 1960s, to deal with backlogs, certificates began to be immobilized at central repositories. All trades were transferred by book entry, a far easier process than before. Nowadays, certificates are being dematerialized, meaning that they are being converted into digital form. All this makes trade in stock safer, more convenient, and cheaper.

In the 1930s, the convention was to settle stock trades five days after trade day, or T+5. We are now at T+3 and moving to T+1, or straight-through processing. Again, the trade process is speeding up.

4. Standardization and transparency: The increasing adoption of universal accounting standards and practices have increased the quantity, quality, and comparability of information emitted by public issuers. Investor relations departments of listed firms are far more concerned than in times past about the equitable distribution of information. Insider trading, while illegal in the US since 1934, has become increasingly frowned upon in practice. Equity research has become more formalized, ensuring that information is more efficiently processed.

As a result of all these changes, the perception (if not the reality) exists that the stock market is no longer the loaded game of yore, when investors were typically pitted against a clique of operators with inside information and tight control of a company's float. Rather, the modern day stock market offers a flat playing field. This homogeneity and verifiability has set the stage for stocks to become more moneylike.

5. Longer trading days: The NYSE used to open at 10 a.m. and close at 3 p.m, an easy five hour trading window. While the Exchange also opened on Saturday morning, the window was only for two-hours, a practice that ended in 1952. Nowadays, NYSE ARCA, the NYSE's electronic trading platform, opens at 4:00 AM and closes at 8:00 PM.

Due in part to all these changes, share velocity has exploded. Put differently, the average holding times of NYSE stock has plunged from 8 years in the 1960s to around 12 months today:

Fundamental analysts, who frame investment decisions as if they'll own a stock forever, dislike this trend. To them, the equity market's increase in velocity, combined with a 23x PE ratio, represents a maddening increase in silly speculation. All they can do is sit on the sidelines and snipe.

On the contrary, the rapid increase in share velocity isn't silly, it simply reflects the market's growing willingness to treat stock like cash on the back of constant institutional innovation. Cash is useful because it is liquid and can get you out of a bind. Same with modern-day stock. Rather than treat high PE ratios and the increasing velocity of stock as products of irrationality, fundamental analysts need to understand that the premium put on liquidity is the market's reward for a very real transactional service provided by stock. What should fundamental analysts do? Stop trying to figure out if a stock is overvalued or not. Rather, try and find out if that portion of a stock's value not attributable to liquidity is overvalued or not. Or, put differently, try to strip out the liquidity return provided by a stock in order to focus purely on the real return. This amounts to calculating a liquidity-adjusted CAPE. But that's a post better left for next month!

A stock today is not your grandfather's stock. Stock can do more moneyish and cashlike things. It can be exchanged faster, safer, and cheaper. Because such a large chunk of a modern stock's returns now arise from their moneyness, fundamental analysts shouldn't be using earnings yields from the 1900s, let alone the 1800s, as a baseline for estimating modern yields. As long as the decades-long process of liquefying stock continues, it's very likely that the market will never again require stock to provide 7.1% returns. Today's 4.4% yield might be more normal than most think.

[This post is continued at If your favorite holding period is forever]
Posted by JP Koning at 10:05 AM