The convenience yield as epicentre of monetary policy implementation 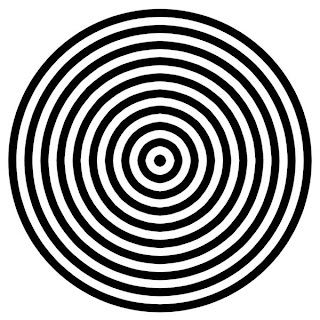 Let's not get carried away by the idea that central banks set overnight interest rates. Central banks exercise direct control over the economy by pushing down on one shiny red button, the convenience yield on reserves. By modifying the convenience yield, a central banker nudges agents to either flee from reserves or flock to them. This causes a change in the purchasing power of reserves, the mirror image of which is the general price level.

So how do overnight interest rates like the fed funds rate figure into the picture? Reserves are scarce and convenient, so agents will only part with them if they are compensated with an adequate amount of "rent". The higher the marginal convenience of reserves, the more rent they require. The market in which reserves are rented out for very short periods of time, usually 24 hours, is referred to as the overnight market.

I've gone into much more detail on all these ideas in an earlier post. In this post I want to focus on one point I made earlier -- the fed funds rate can be a bad reflection of the underlying convenience yield. There are several reasons for this. First, in renting out reserves, banks are effectively replacing the central bank as their counterparty with another private bank. In normal times, banks make excellent counterparties. But during times of stress, rentors may require an extra amount of rent that has nothing to do with the usefulness or scarcity of reserves, but the riskiness of counterparties. A spike in the fed funds rate may have nothing to do with the underlying convenience yield, and everything to do with credit risk.

Secondly (and more importantly), the funds rate ceases to be a good indicator when it falls to zero. When this happens, there is a temptation to view monetary policy as spent. After all, it may seem that a central bank can't reduce the convenience yield below 0, which is to say that it can't push the fed funds rate into negative territory. We should resist this temptation. The current fed funds is an estimate of the 24-hour convenience yield on reserves. But agents hold reserves not only to enjoy their present convenience but to enjoy their expected future flows of convenience. So even if the market puts no value on the immediate 24 hour convenience yield, that isn't to say that the market doesn't value their convenience 1 week from hence, or 1 month, 1 year, or 1 decade.

Monetary policy at low convenience rates is all about making promises about future convenience yields and ensuring those promise are credible. Conventional monetary policy, on the other hand, is relatively simple -- all a central banker need do is manipulate the current convenience yield in order to have an effect on prices.
Posted by JP Koning at 6:52 PM