No Eureka moment when it comes to measuring liquidity 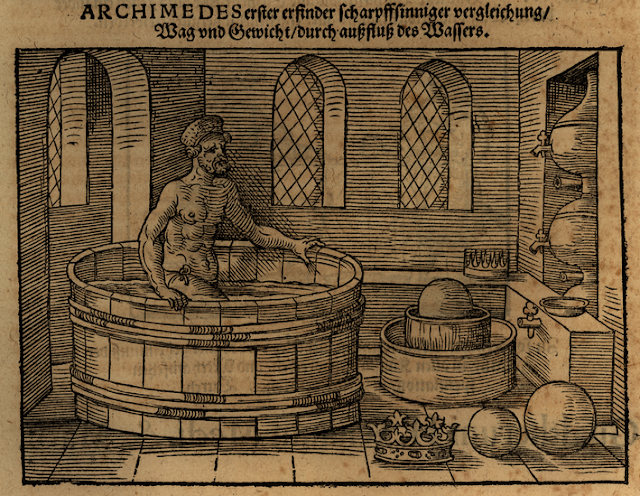 Measuring liquidity is a pain in the ass.

The value of a good, say an apple, is easy to calculate; just look at the market price for apples. Unfortunately, doing the same for liquidity is much more difficult because liquidity lacks its own unique marketplace. Liquidity is like a remora, it never exists on its own, choosing instead to attach itself to another good or asset. For instance, a bond provides an investor with both an investment return in the form of interest and a consumption return in the form of a flow of liquidity services. Since the price of this combined Frankenstein reflects the value that an investor attributes to both returns, we can't easily disentangle the value of the one from the other.

Here's a symmetrical (and equally valid) way to think about this. If liquidity is a good then illiquidity is a bad, where a bad is anything with negative value to a consumer. This bad doesn't exist on its own but, like a virus, infects other goods and assets. While all goods and assets are plagued by a certain degree of illiquidity, determining the price of of this nuisance—the amount that people will pay to rid themselves of an asset's illiquidity—is difficult because the price of the compound entity combines both a flow of illiquidity disservices as well a flow of positive investment returns.

The only technique we currently have to back out liquidity valuations (or illiquidity penalties) from market data is to find the price or yield differential between two similar instruments, this gap indicating the value that the market ascribes to liquidity (or the negative value of illiquidity). Think identical twin studies in the life sciences. To get a clean differential, the two financial instruments must be "twins," issued by the same entity and having the same maturity. That way any differential between them can't be attributed to credit or term risk, the lone remaining factor—liquidity (or illiquidity)—being the culprit.

The best example is the on-the-run vs off-the-run Treasury spread, the difference in yield between newly-issued 10-year Treasuries and 30-year Treasuries that have 10 years left till maturity. The credit quality and term of these two issues is precisely similar, yet the yield of a newly-issued 10-year Treasury is typically 10 basis points below that of an "off-the-run" equivalent. This gap represents the extra bit of value that investors will pay to enjoy an on-the-run Treasury's liquidity (or, alternatively, the negative value of the illiquid "bad" embedded in an off-the-run Treasury). Assuming that a new bond worth $1000 has a 1.9% yield while an equivalent off-the run issues yields 2.0%, investors are valuing the extra bit of liquidity provided by the on-the-run issue at around $1 per year for each $1000 that they invest.

The first problem with this technique will be familiar to anyone who has tried to conduct studies using twins separated at birth; its very difficult to find twin assets. The second problem is that even if we succeed in locating twin assets, a comparison of them will only reveal the degree to which investors prefer, say, an on-the-run bond's liquidity to that of an off-the-run bond. In other words, it provides us with a relative value. But if we want to find the absolute value that investors place on an on-the-run issue's liquidity (or the absolute disvalue that they place on an off-the-run issue's liquidity), we're left empty-handed. Sean Connery may be cooler than Johnny Depp, but what if we want to calculate Sean Connery's total amount of coolness?

Here's an out. Unlike human identical twins, financial twin assets can be easily manufactured. Create a market in which identical duplicates of existing assets trade. This solves the first of these two problems; rarity.

As for the relative value problem, we can solve it by manufacturing these twin assets in a way that allows us to measure absolute liquidity (or absolute illiquidity). Just create an infinitely liquid twin. An infinitely liquid good can be traded frictionlessly and instantaneously for any other good. The premium at which the manufactured twin trades above the original asset represents the penalty applied to the illiquid original. We thus have a measure of absolute illiquidity; specifically, we have backed out the total amount of compensation that investors require for bearing the illiquid "bad" bound up in a given asset.

Not quite. While infinite liquidity is a nice idea, it's impossible to create. Bank deposits are highly liquid, but not infinitely liquid. Just try purchasing something at a garage sale with a bank card. Second, even if a bank begins to offer Microsoft deposits, there's no guarantee that merchants who already accept dollar-denominated deposits will accept Microsoft-denominated deposits. The upshot is that Microsoft deposits won't be able to serve as an ideal benchmark since they themselves are destined to be tarred by the same illiquidity as Microsoft shares.

We need a cleaner foil against which to compare Microsoft shares. Fortunately, there's an alternative to manufacturing an infinitely liquid twin—just fabricate its exact opposite, a perfectly illiquid twin. A term deposit is a great example of a perfectly illiquid asset; its owner keeps the instrument in their possession until it reaches maturity. During the interim they cannot trade it to anyone else. The difference in price between the original asset and its completely illiquid twin is a measure of the absolute value that investors ascribe to the liquidity embedded in the original asset.

Voilà, we've unbundled the value attributed to an asset's flow of liquidity returns from its value as a pure financial IOU. We can do this for all sorts of assets. But it's a pain in the ass to do, since it requires the creation of an as-yet non-existent class of financial assets.*

Why bother decomposing an asset's financial return from its liquidity return? Assets provide both an investment return and a consumption good in the form of liquidity, but no one is entirely sure how to apportion prices among the two. Liquidity is static, it muddies many of the supposedly clear signals we get from market prices. Unbundling the liquidity return from the investment return could make the world a much more efficient place. People would be able to see how much they are paying for each of these two returns, thus potentially improving the way that they choose to allocate their resources. What was once static becomes just another signal.


PS: Apologies to long-time readers, who will have already read much of the above points in previous posts. I'm hoping a restatement may provide a different approach to thinking about liquidity.

PPS: The post resolves the problem mentioned in the last three paragraphs of Liquidity as Static.

*Interestingly, a limited market in twins already exists. In addition to providing chequing accounts, banks also provide term deposits. The yield differential between the two represents the absolute value of the liquidity services provided by a chequing deposit. The majority of assets, however, have not yet been twinned---think equities, bonds, bills, mortgage-backed securities, derivatives, and more.
Posted by JP Koning at 10:31 PM