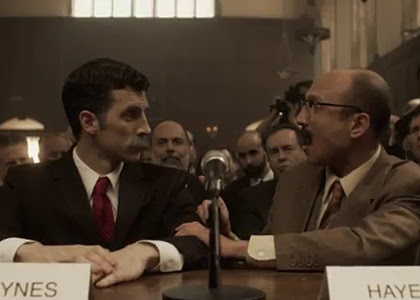 We are taught these days to view John Maynard Keynes and Friedrich Hayek as diametric opposites. This meme is encouraged by the Keynes vs Hayek rap videos, or Nicolas Wapshott's book Keynes and Hayek: the Clash that Defined Modern Economics.

But when it came to the idea of moneyness, both Keynes and Hayek were in agreement.


although we usually assume there is a sharp line of distinction between what is money and what is not—and the law generally tries to makes such a distinction—so far as the causal effects of monetary events are concerned, there is no such clear difference. What we find is rather a continuum in which objects of various degrees of liquidity, or with values which can fluctuate independently of each other, shade into each other in the degree to which they function as money.

I have always found it useful to explain to student that it has been rather a misfortune that we describe money by a noun, and that it would be more helpful for the explanation of monetary phenomena if 'money' were an adjective describing a property which different things could possess to varying degrees. -Denationalization of Money: The Argument Refined


As a footnote to the above, it may be worth emphasising what has been already stated above, namely, that “liquidity” and “carrying-costs” are both a matter of degree; and that it is only in having the former high relatively to the latter that the peculiarity of “money” consists....There is, clearly, no absolute standard of “liquidity” but merely a scale of liquidity — a varying premium of which account has to be taken. -The General Theory of Employment, Interest, and Money - Chapter 17

You may have noticed that the subtitle of my blog is inspired by the Hayek quote.

Neither Keynes nor Hayek consistently applied these insights. Rather, both tended to fall back into the noun form of money, or as Keynes called it, an absolute standard of liquidity, in which there are discrete buckets into which the economist must sort items as either money or non-money, or liquidity and non-liquidity. If they had consistently applied the idea of money as an adjective, or liquidity as a matter of degree, then Hayek would have called his book Denationalization of Moneyness, and Keynes would have called his The General Theory of Employment, Interest, and Liquidity!

That Keynes and Hayek mixed the two ways of conceptualizing monetary phenomenon isn't unusual. Most economists, living or dead, think almost entirely in terms of absolute liquidity while occasionally lapsing into a relative liquidity frame of mind.

If we were to take Hayek's advice and think purely in terms of moneyness, this is how it might look. Start with the idea that all wealth is capital, not just machines and buildings but land and human beings too. The anticipated stream of services these forms of capital will throw off as they move through time can be discounted back to the present and represented as some stock dollar amount. One of those services that capital throws off is its potential to be sold, or its moneyness/liquidity. After all, when the future is clouded, having a stock of easily saleable items can lull nagging feelings of doubt and uncertainty. Summing up the discounted flows of uncertainty-shielding services that arise from an item's anticipated liquidity/moneyness provides us with that item's liquidity premium. From there, these ideas might get some good insights into business cycles or new financial products. For now, though, we're still in a money world.
Posted by JP Koning at 5:51 PM