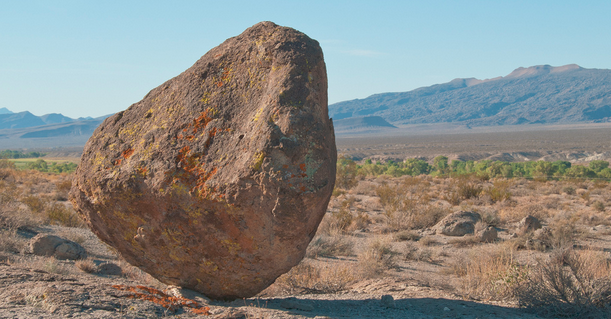 The whippersnappers who work in the cryptocurrency domain are moving incredibly fast.

As I've been saying for a while, assets like bitcoin (or stocks) are unlikely to become popular as exchange media; they're just too damn volatile relative to incumbent fiat currencies. There's a new game in town though: stablecoin. These tokens are similar to bitcoin, but instead of bobbing wildly they have a fixed exchange rate to some other asset, say the U.S. dollar or gold.

Now this is a promising idea. If a crypto-asset can perfectly mimic a U.S. dollar deposit's purchasing power and risk profile, and do so at less cost than a bank, then the monopoly that banks currently maintain in the realm of electronic payments is in trouble. Rather than owning a Bank of America deposit, consumers may prefer to hold an equivalent stablecoin that performs all the same functions while saving on storage and transaction fees. To compete, banks will either have to bribe customers with higher interest rates on deposits, thus putting a crimp in their earnings, or go extinct.

Type A: One foot in the legacy banking sector, one foot out

The unifying principle behind each type of stablecoin is the presence of some sort of backing, or security. Bitcoin, by way of comparison, is not backed. Stablecoin backing is typically achieved in two ways. With type A stablecoin, an organization creates a distributed ledger of tokens while maintaining a 1:1 reserve of dollars at a traditional bank. Owners of the tokens can cash out whenever they want into bank dollars at the stipulated rate, thus ensuring that the peg to the dollar holds. Until then, the tokens can be used as a stable medium of exchange. Examples of this are Tether and Ripple U.S dollar IOUs.

Could stablecoin be a bank killer?

We can think of a bank as enjoying stock and flow benefits from its deposit base. The existence of a stock of deposits provides it with a cost of funding advantage while the flow of those deposits from person to person generates fees.

Type A stablecoin pose no threat to the stock benefits that banks enjoy. After all, each stablecoin is always backed by an equivalent bank deposit held in reserve. If people want more stablecoin, the deposit base will have to grow, and that makes traditional bankers happy.

The flow benefits, however, are where the fireworks start. At the outset, people who receive stablecoin--through lack of familiarity--will probably choose to quickly cash out into good old fashioned deposits. But if stablecoin provides an extra range of services relative to deposits, rather than "kicking" back into the bank deposit layer, more people may choose to keep their liquid capital in the overlying stablecoin layer. Merchants will have more incentives to accept stablecoin, only adding to the snowball effect. Once all transactions are routed through the stablecoin layer, underlying deposits will have become entirely inert. While banks will continue to harvest the same stock benefits that they did before, they'll have effectively yielded up all the flow benefits to the upstarts.

So while Type A stablecoin doesn't kill banks, it certainly knocks them down a few wrungs.

By constructing a new layer on top of the deposit layer, stablecoin pioneers would be cribbing off the same playbook that bankers have been using since the profession emerged. Centuries ago, the first bank deposit layer was built on top of an original base money layer. Base money consisted then of gold and silver coin, but in more recent times it morphed into central bank banknotes and deposits. Because bank deposits inherited the price stability of base money (thanks to the promise to redeem in base money), and were highly convenient, bankers succeeded in driving transactions out of the base coinage layer and into the deposit layer. That's why gold and silver rarely appeared in circulation in the 19th century, being confined mostly to vaults. Perhaps one day stablecoin innovators will succeed in confining bank deposits to the "vault" in favour of mass stablecoin circulation. If this sort of displacement hadn't already been done before, I'd be more skeptical.*

Type B: Both feet out of the banking sector

More ambitious are type B stablecoin, which try to liberate themselves entirely from the traditional banking layer. Rather than using old-fashioned bank deposits as backing, a pre-existing issue of distributed digital tokens is used to secure the stablecoin's value.

As an example, take bitShares, a brand of bitcoin-like unbacked tokens. These tokens are every bit as volatile as bitcoin, up 10% one day and down 10% the next. Here's a chart. So far nothing new here, there are literally hundreds of bitcoin look-alikes.

The unique idea is to turn volatile water into stable wine by requiring that a varying amount of bitShares be used to back a second type of token, bitUSD. A bitUSD is a digital token that promises to provide its owner with a U.S. dollar-equivalent return. As long as each bitUSD is secured by, say, $3 worth of bitShares, the owner of one bitUSD will be able to cash out (into one U.S. dollar worth of bitShares) whenever they want and the peg to the U.S. dollar will hold.**

My understanding is that bitUSD, which debuted last year, is coming close to consistently hitting its peg. If bitUSD were to catch on as an alternative transactions layer, banks would lose not only their flow benefits but also stock benefits. After all, a bitUSD-branded stablecoin is not linked to an underlying deposit. We're talking complete devastation of the banking industry.

The system has some warts, however. If the market price of bitShares starts to fall, the scheme requires that more collateral in the form of bitShares be stumped up by the issuer of a bitUSD. This makes sense, it protects the peg. But what if the value of bitShares falls so much that the total market capitalization of bitShares is insufficient to back the total issue of bitUSD? At that point, bitUSD "breaks the buck." A bitUSD will be only worth something like 60 cents, or 30 cents, or 0 cents. Breaking the buck is what a U.S. money market mutual fund is said to do when it can't guarantee its one-to-one peg with the U.S. dollar.

I'm skeptical of type B stablecoin for this very reason. Cryptocoin like bitcoin and bitShares are plagued by the zero problem; a price of nothing is just as good as a price of $100. They thus make awful backing assets, and any stablecoin that uses them as security has effectively yoked itself to the mast of the Titanic. A breaking of the buck isn't just probable, it is inevitable. Stability is an illusion. Maybe I'd get a bit more bullish on type B stablecoin if there emerged a brand that used digital backing assets not subject to the zero problem.

Anyways, keep your eye on these developments. Like I say, the young whippersnappers who are working on these projects aren't slowing down.


*In principle, type A stablecoin ideas are very similar to m-Pesa and Paypal. Both of these services construct new banking layers, but keep one leg back in the the existing banking infrastructure by ensuring that each Paypal or m-Pesa deposit is fully backed by deposits held at an underlying brick & mortar bank. See Izabella Kaminska, for instance, on m-Pesa.
** For those who like central bank analogies, this is an example of indirect convertibility, whereby a central bank sets market price of its liabilities in terms of, say, a bundle of goods, but only offers redemption in varying amounts of gold. See Woolsey and Yeager.
*** Another working examples of Type B stablecoin is NuBits. Conceptual versions include Robert Sam's Seignorage Shares, the eDollar, and Vitalik Buterin's Schellingcoin.
Posted by JP Koning at 8:59 PM