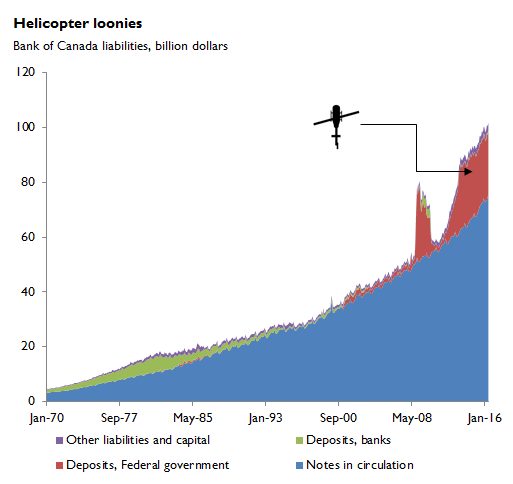 Or maybe not, I could be missing some good reasons for why helicopter money is a truly unique tool. Feel free to correct me in the comments section, although please illustrate using Canada as your example; it's always easiest to work off of real world data.
JP Koning at 12:52 PM
Share