End of a stablecoin 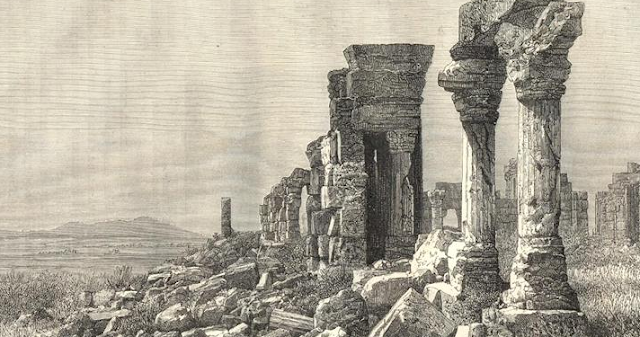 Bitcoin has had another white knuckle year, rising from a low of $350 in January to a high of $780 in June. As I've said many times before, if crytpocurrency is going to make a genuine dent in the world monetary order, it'll only happen when its price isn't so volatile. And one of the best ways to smooth things out is by creating a stablecoin, specifically by choosing to peg a cryptocurrency to a popular existing medium of exchange like the U.S. dollar.

Stablecoin isn't just theoretical, a number of these tokens exist. They fail too. It's worth investigating the recent collapse of one the fledgling stablecoins, NuBits, to look for clues about the dangers and pitfalls of maintaining a stablecoin peg.


My understanding is that at its peak, NuBits was registering a healthy $3-4 million in trading volumes every day. While it never grew to be a genuine medium of exchange--you couldn't buy a coffee with it--the tokens were a popular way to hedge against bitcoin volatility. Had the peg held, who knows what might have happened?

In late May, a single large seller of NuBits emerged, offloading around 10% of the entire NuBits supply in a day or two (you can see the volume spike in the chart above). To keep the price of NuBits at $1, the NuBits team that was tasked with maintaining the peg had to use up a large quantity of its reserves. In the course of events the team decided to widen the peg to $0.95-$1.01 in order to slow the reserve bleed. However, the next round of selling broke the peg for good and the now-floating NuBits price quickly plummeted below 50 cents.

Did NuBits fail because it was well-thought out but poorly implemented? Or was it unsound from the get-go? I lean towards the latter.

To understand how the NuBits peg works, we need to back up and investigate the architecture of NuBits a bit more. NuBits are digital tokens issued by the overlying "Nu network," which is sort of like a digital corporation with no physical hub and no real legal structure. In addition to NuBits, the Nu network also issues shares which give shareholders the right to earn profits from the network and participate in governance. These shares are called NuShares, and as I'll show later on these NuShares are a key part of maintaining the NuBits peg.

Protecting the peg when there is a large increase in demand for NuBits is easy; just create more NuBits. Protecting it when there is an excess supply of NuBits is trickier. In this respect, NuBits is no different from any currency issuer maintaining a peg, say like the People's Bank of China which must have enough resources to keep the yuan anchored in place when a run into dollars begins.

A small quantity of Bitcoin reserves is just one of the Nu network's bulwarks. Once used up, the peg's next line of defence is referred to as parking. Think of this as paying an interest rate on term deposits. When NuBits sellers are pressuring the peg, the Nu network relieves that pressure by offering, say, 10% interest to anyone who is willing to park, or freeze, their NuBits for a period of time. Instead of selling on the open market, the idea is that people will decide to stay put.

Unfortunately, I think that parking may have actually contributed to a failure of the peg. The problem is that the Nu network's parking rates are paid with new NuBits rather than existing NuBits and thus they increase the supply. If a peg is being threatened by an excess supply of money, it makes little sense to relieve said pressure by creating even more NuBits. Instead, the Nu network could have avoided parking-related supply bloat by paying interest using existing NuBits. And it should have earned these NuBits out of the regular course of its operations, say by charging a small user fee, or cutting down on costs. Whatever the case, it means that the Nu network needs to be profitable.

In addition to parking, the Nu network has another mechanism for maintaining the peg. It can issue new NuShares (by engaging in a stock split) and use these to buy back NuBits. The actual route taken seems to have been more lengthy, specifically selling new NuShares for bitcoin, and then using bitcoin to buy back enough NuBits so the $1 peg holds.

But using NuShares to 'back' the NuBits side of the network seems to me like a ticking time bomb. Consider the following dynamic: the moment the peg is challenged by NuBits sellers, speculators will push down the price of NuShares in anticipation of potentially dilutive issue of new NuShares. Which means that the Nu network will have to issue even more NuShares to protect the peg, which only makes the peg that much more costly to maintain and therefore more vulnerable. This leads to more speculation against the peg, and yet another round of NuShares panic as speculators unload in anticipation of dilution. It's a vicious circle that ends in a price of zero for NuShares, and for NuBits too.

There's also an inherent conflict of interest. If maintaining the peg means that shareholders must bear a collapse in the price of their NuShares, at some point is it worth it for them to maintain the peg? Perhaps it's better to pull a Richard Nixon and close the conversion window. Scan the NuBits discussion boards and there seems to have been a bit of this self-serving thinking during the breaking of the peg episode.

Better to use a stable asset like gold or dollars in a vault to back a NuBits-style scheme than volatile share tokens. Of course, this isn't as elegant a solution, since it requires a lifeline to a real world safety deposit box. Nevertheless, it would have helped keep the peg in place.

In sum, NuShares is a good attempt, but it didn't quite succeed. That it lasted so long is a testament to the value of the community that emerged around it. As a tight-knit group it was probably able to self-support the peg at least for a while, insulated from its own inherent short comings by its own momentum. That being said, the Nu network is still around, and according to some rumours, trying to re-peg themselves at $1. I wish them luck!