Cryptocurrency in a land of strict gambling laws


I recently read that South Korea will not be taxing capital gains on cryptocurrencies next year. Young Koreans who became paper multi-millionaires when XRP or some other cryptocurrency skyrocketed from 0.1 cents to 25 cents have reason to celebrate. They can sell without having to give up a single won of their winnings to the Korean tax authority.

Letting off the crypto-rich may sound like a bad tax policy. In this post I'll make the argument for why it isn't. Cryptocurrency gains enjoyed by a retail clientele probably shouldn't be taxed (nor should a big loss on their cryptocurrency holdings allow them to reduce their taxable income.)

To begin with, casino gambling is illegal in Korea. Not only that, but under the Habitual Overseas Gambler law Korean citizens are prohibited from gambling in other countries too. Earlier this year K-pop star Seungri was accused of gambling in Vegas while Shoo, another star, was convicted for visiting Macau's casinos.

Oddly, there are 23 casinos in Korea. The catch? Only foreigners can visit them. Just one of these casinos is open to South Koreans, the Kwangon Land Casino. But it is located in a coal mining area far from any big city. Given huge demand and restricted supply, gamblers who visit Kwangon must "reserve seats for blackjack and baccarat and, while waiting, wade into thick crowds to place a bet on other players’ hands."

Some Koreans try to evade harsh gambling rules by frequenting foreign gambling websites. But this requires a degree of tech savvy. Foreign currency must be snuck onto an online wallet like Skrill, and a VPN will probably be necessary since foreign casino sites are often blocked by the Korean government, redirecting to to warning.or.kr. 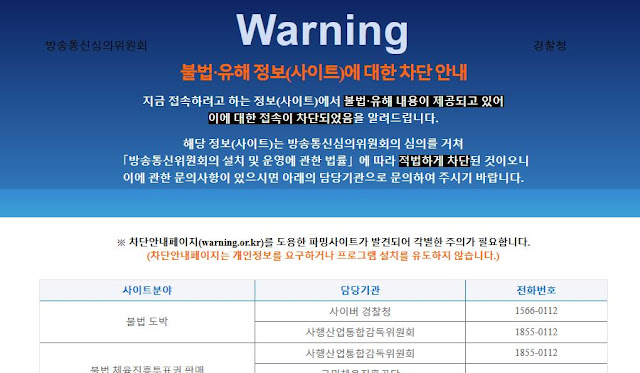 Enter cryptocurrencies, a new type of gambling technology. People who buy cryptocurrencies such as bitcoin, litecoin, and XRP are making a bet on what they think a subsequent round of players will pay for the tokens, the second round's expectation in turn a function of what they believe the third wave of players will pay. If they get this guessing game right, the earliest players win at the expense of the late ones.

The prices generated by these 24/7 mind-games are incredibly volatile. But that's part of the excitement. Bet correctly and one's entire financial life can be upgraded. With so few opportunities for wagering, no wonder that Koreans have flocked to these new financial games.

If cryptocurrencies are just another form of gambling, why hasn't the Korean government blocked them? I can think of two reasons. First, since cryptocurrencies are decentralized bearer instruments, it is difficult to screen them out. Sure, centralized exchanges can be shut down. But the stuff will squeak through informally anyways. Secondly, cryptocurrencies have been mis-marketed as a monetary technology rather than a gambling technology. The term cryptocurrency, for instance, misappropriates the word currency while bitcoin co-opts coin. Tricked into thinking that these new tokens are a form of money or currency, the Korean government has allowed them to slip through its gambling dragnet.

[Yes, there are a few niche cases in which cryptocurrency does serve as a genuine monetary technology. For instance, Matt Ahlborg has a great article chronicling how Nigerian remitters are using a combination of gift cards (iTunes, Steam, Best Buy, etc) and bitcoin to evade Nigeria's capital controls. But the majority of cryptocurrency activity is still generated by gamblers in rich developed nation, the few developing nation monetary use-cases piggy-backing on top.]

Which finally gets me back to the topic of taxing cryptocurrency winnings. In most nations, gambling winnings are not subject to capital gains taxes. (Nor can losses be used to reduce taxes). If you win $10,000 in roulette up here in Canada, you don't have to worry about the tax harvesters at Revenue Canada taking any of it. Lose $10,000, however, and the opposite applies. You can't deduct that $10,000 loss from your taxable income. The US is an exception. It is one of few nations to tax gambling gains.

There are decent reasons for eschewing a tax on gambling winning (and its converse, a tax rebate on gambling losses). Tim Worstall had a good post about this a few years back. "The point about betting of all types," says Worstall, "is that the winning of some people are, and must be, entirely offset by the losses of others." Gambling, in other words, is a zero-sum game. So if a government taxes winning roulette players and offers a tax rebate to losing roulette players, the two flows cancel each other out. On net, no taxes on roulette will be collected.

That seems like a pretty dumb tax. It has all the administrative hassles of a regular tax without generating any of the tax income.

Cryptocurrencies, like other gambles, don't generate any real wealth. Everything that a winning cryptocurrency player earns is necessarily paid by an eventual loser. Since winnings are equivalent to losses over the life-time of a cryptocurrency game, any tax income that a government collects on crypto winnings will eventually be offset by the rebate that it disburses on crypto losses. Like the roulette tax of the previous paragraph, there doesn't seem much point in bothering.

(There are some complications here. All cryptocurrencies are international gambling games--they are played across many national borders. Citizens of certain nations may have gotten into the game earlier than others. Assuming that the average Korean punter bought into bitcoin and XRP later than Americans and Europeans, a Korean capital gains tax may actually generate large losses to the Korean government. This is because the Korean government will end up paying out far more in tax rebates to losers than the taxes it collects from winners.)

By comparison, the tax situation with stocks is entirely different. A tax on stock market capital gains  and associated tax deductability of capital losses don't precisely offset each other. This is because companies like Microsoft or Exxon are not zero-sum games. The underlying businesses generate consistent income that accrues to investors. And so the revenues that the government enjoys from taxing winning stock owners far exceeds the government's payouts to losing stock owners.

So in sum, there are good reasons not to implement a gains/losses tax on betting games like roulette, poker, or cryptocurrency. Interestingly, a decision to avoid taxing cryptocurrency gains may actually help promote their usage as monetary instruments. Calculating how much tax one owes after each purchase made with cryptocurrency is a pain. Remove that headache and people may be more willing to spend them.
Posted by JP Koning at 6:54 AM