A short and lukewarm defence of anti-money laundering standards 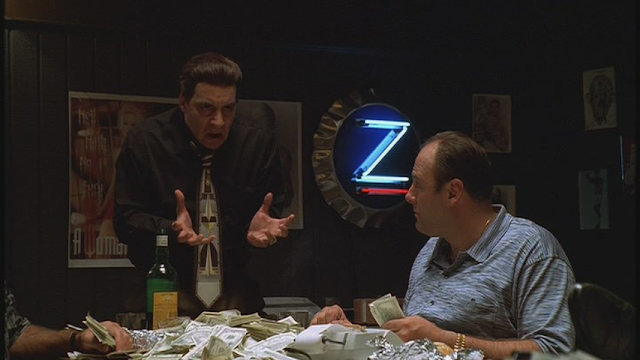 I'm writing from the perspective of an outsider. That is, I'm not a regulator. Nor am I a member of the growing anti-money laundering industry. Mine is a lukewarm defence. I'm not terribly wedded to my views.

First, a quick definition. What I mean by anti-money laundering rules are the set of standards that banks and other financial institutions have to follow to prevent criminals from using them. For instance, a cryptocurrency exchange is required to verify ID before it can open a new account. For international wires, a bank must follow the travel rule and send their customer's personal information to the recipient bank. This is just a sample. There are hundreds of rules.

I want to start waaay back at the beginning with first principles.

1) Should money laundering be a criminal offence?

Society has criminalized money laundering. But we could also imagine living in an alternative universe where money laundering is perfectly legal. In this parallel world a criminal could walk into a bank with $1 million in cash, announce loudly that they had stolen it, and the banker could casually accept the criminal's deposit without ever having to worry about being indicted for laundering money.

But we don't live in that world. It's illegal for the banker to knowingly accept a $1 million deposit of dirty money.

A fence is a third party who specializes in providing burglars and thieves with a market to re-sell stolen property. The fence knows full well that they are contributing to the process of facilitating property theft. They may have an explicit relationship with the thief, or they may only have a pretty good idea that the goods they are buying are stolen. But they partake anyways. And so like the original thief, they are guilty of hurting innocent victims.

A banker who launders money is like a fence. They specialize in providing fraudsters and mob families with a venue for depositing and converting stolen money. Because they are knowing participants in this transactional chain, these bankers abet the original crime, just like a fence does.

We could decriminalize the acts of money laundering and fencing. But I think this would be a mistake. Any financial intermediary who deliberately specializes in serving a criminal clientele is engaging in the very same act as the criminal themselves. It's wrong and deserves to be made illegal.

2) Should we have anti-money laundering standards?

Consider Jack, a banker. He specializes in providing financial services to criminals. If money laundering is declared illegal, Jack can avoid prosecution for money laundering by following a policy of don't-ask-don't-tell or ask-but-don't-check. That allows him to continue serving his criminal clientele while not explicitly running afoul of society's prohibition on laundering money.

To close these don't-ask-don't-tell and ask-but-don't-check loopholes, we need a standard, a minimum set of anti-money laundering rules that Jack and all his banking competitors must implement. Without a standard, the criminalization of money laundering is meaningless. We'd be letting the Jacks run rampant, and that equates to living in a world where money laundering is "illegal" but is actually permitted.

3) Is our current standard the right standard?

You may agree that money laundering should be criminalized, and you may also agree that we need to augment this with a standard set of rules to prevent folks like Jack from exploiting loopholes. Which gets us to our third and last point: is our current standard the right one?

Our current standard involves requiring every bank to set up strict know-your-customer (KYC) procedures, thus (hopefully) keeping criminals out of the system.

KYC comes at a cost. First, it is expensive for financial institutions to implement, favoring incumbents. Second, KYC shuts those who lack ID out of the financial system. Lastly, according to the UN, privacy is a fundamental human right. Universal KYC sacrifices this right by forcing everyone to give up their valuable personal information to an assortment of financial institutions.

Privacy advocates are appalled at the costs of KYC. On the other hand, calling for the abolition of KYC requirements on human rights grounds would be tantamount to endorsing the decriminalization of money laundering. After all, without KYC we would be allowing dirty bankers like Jack to operate with impunity. One of the two ideals, either the criminalization of money laundering or privacy as a fundamental human right, inevitably has to give.

For now, we accept the costs or KYC as the unfortunate by-product of our original choice to make money laundering illegal. It's not an easy compromise, but we're plowing ahead with it.

What if it was possible to improve our current standard so we could reduce the aforementioned deficiencies while still catching the Jacks of the world? Dave Birch recently described a different sort standard. Instead of keeping criminals out, maybe banks should let them into the financial system (by setting up minimum KYC) and then use AI and analytics to catch them. (Presumably all of those good actors who formerly lacked ID can now get the financial services they deserve.)

It's an interesting idea.

So to sum up, I'm tepidly in favor of current anti-money laundering standards. First, I support the criminalization of money laundering. And second, I accept that we need a minimum set of rules and standards to out the Jacks of the world. Third, I'm not sure if our current standard is the best. Maybe it is, maybe it isn't. I'd like to learn more. If we can squeeze out a bit more privacy while still catching the same number of money launderers, I'm all for it.