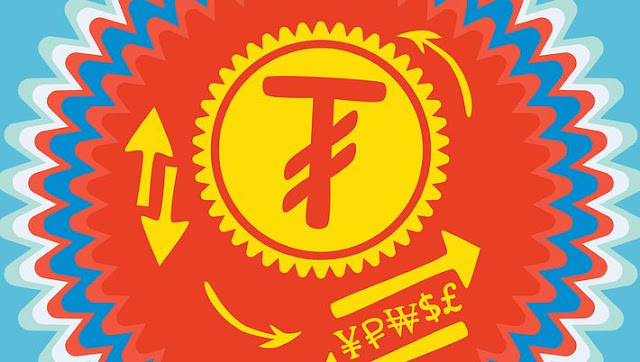 Before I start my list, a bit of introduction.

Tether is a stablecoin. It happens to be the most popular stablecoin in the world.

A stablecoin is a digital IOU that is implemented on a blockchain. In Tether's case, it takes the form of a U.S. dollar-denominated IOU implemented on the Ethereum blockchain. Tether holds U.S. dollars in a traditional bank account. It issues digital blockchain-based Tethers that are convertible into those bank account dollars at a 1:1 rate. This promise is what stabilizes them. And so a user can send some Tethers to another Tether user, say as payment, and neither party need worry about bitcoin-style price disruption.

If you didn't understand any of that, think of Tether as basically PayPal, except on a decentralized database instead of a centralized one.

Thoughts, facts, questions, and interesting tidbits in no particular order:


1. According to Coin Metrics, a financial data provider, Tether is now doing around $3.3 billion per day in transfer value. It just flipped bitcoin's daily volume of $2.94 billion.

2. PayPal did $222 billion in total payment volume last quarter. That's around $2.47 billion per day. So Tether at $2.94 billion is moving more value each day along its network than PayPal is (!).

3. There is a popular theory in the cryptocurrency community that expansions in the supply of Tether are being used to manipulate the price of bitcoin. I don't subscribe to this theory. It strikes me as far-fetched, much like the theories about gold price suppression.

4. U.S. citizens and residents are prohibited from using Tether's version the U.S. dollar (with one small exception).


5. Does anyone know who regulates Tether? (Yes, Tether Limited is regulated by the U.S's FinCEN. But who regulates Tether International Limited? Its terms of service says that it is based in the British Virgin Islands. But a search of the BVI's Financial Services Commission doesn't indicate that Tether International Limited has been registered as a money services business.)

6. According to a report by Chainalysis, a blockchain analytics company, Tether is probably being used to evade Chinese capital controls. Chainalysis estimates that $50 million Tethers leave East Asia each day.

7. One reason Tether is popular is because it doesn't collect information about ~99% of those who deal in Tethers. It only does due diligence on the minority who want to cash-out of Tethers (i.e. withdraw Tether dollars in a bank account) or cash-in to them (i.e. deposit dollars into Tethers via a bank account). So if you are content to just accept them and then pass them on, Tether shrugs. This makes Tether stablecoins an incredibly hands-off way to interact with digital U.S. dollars. (By the way, almost all stablecoin issuers adopt the same unknown-wallet-to-uknown-wallet policy as Tether.)

8. In its recent report on "so-called" stablecoins, the so-called Financial Action Task Force hinted that stablecoins must abide by the same diligence requirements as a bank. So I doubt that Tether's "hands-off" policy can last much longer.

9. This hands-offness attracts unsavory users. I've written before about MMM BSC, a global ponzi game that uses PAX stablecoins. (PAX is a smaller stablecoin). According to Coinmetrics, Tether stablecoins on Tron (a blockchain platform) are often used for "dividend schemes." However, I have not run across a single ransomware operator that uses Tether for ransom payments. Bitcoin (and to a lesser extent Monero) still dominate the ransom market.

10. Tether freezes a lot of addresses, according to Eric Wall. More than any other stablecoin.

11. I have never used Tether. (For the sake of experimentation I have tried PAX, a smaller U.S. dollar stablecoin).

12. The collapse of global interest rates since COVID-19's arrival has helped popularize stablecoins. A Tether stablecoin yields 0%. So post-collapse they have become more competitive with dollars in a bank account. Ironically, the collapse in rates also hurts stablecoin issuers. Issuers can't make as much interest on the reserves they hold to back their stablecoins. (More here).

13. Tether was initially launched as RealCoin in July 2014. It rebranded later that year. I speculated about the emergence of Tether-like instruments in 2013. I didn't call them stablecoins. I called them stable-value cryptocoins and stable-value crypto-currency. (Forgive my self-promotion).


I believe it was Vitalik Buterin who coined the term stablecoins?

14. The popularity of Tether hints at the dominance of the U.S. dollar. No one seems to be using euro, yen, or yuan stablecoins.

17. It's common knowledge that the dollar-denominated assets that Tether holds to back Tether stablecoins are questionable. Shenanigans have occurred. (I wouldn't touch them. I wouldn't want family touching them.) But people still hold Tethers and deal in them. Why? Many institutions and trading outfits use Tethers as a bridging mechanism for arbitraging the price of cryptocurrencies across various exchanges. Given that Tether is their preferred medium for this, it speaks to the poor level of due diligence in the industry. It also speaks to the network effects enjoyed by first movers. So-called sophisticated crypto traders are using dodgy Tethers rather than safer but newer stablecoins because much of the liquidity has already attached itself to Tether.

19. Tether has co-opted the unicode currency symbol for the Mongolian tugrik, ₮.

Feel free to add your own factoids in the comments.
Posted by JP Koning at 6:25 AM