Birth of a currency - welcome to the world, XRP 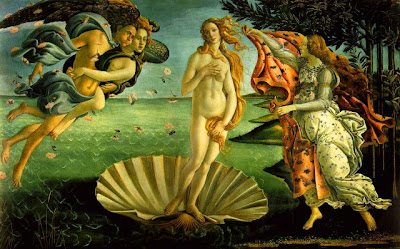 One of the world's newest monies has been born. A cryptocurrency (these seem to be coming out every week), our new unit goes by the currency code XRP. What makes this even more interesting is that XRP is a chartal currency. Unlike commodity monies, chartal currencies are intrinsically worthless. The only reason they have a positive market value is because people must get their hands on them in order to pay taxes. Just so with XRP—people must pay their "Ripple taxes" with XRP. But more on that later.

XRP and Ripple go hand-in-hand. I wrote about Ripple last week. Ripple is an online environment which allows individuals to exchange IOUs denominated in bitcoin, US$, ₤, or any other unit of account. I'm not going to go into more depth on Ripple but if you're interested, click through last week's post or read this very well-written article from Bitcoin Magazine.

What is interesting is that in order to make use of the Ripple environment, Ripple developers have required that users procure tokens, or XRPs, ahead of time. First, to open a Ripple account, users must deposit 200 XRP as a reserve. Second, in order to extend a line of credit to another Rippler, users need to deposit an additional 50 XRP as reserve. Lastly, to carry out a transaction, 0.000001 XRP must be paid. (While this 0.000001 XRP is destroyed forever, XRP held as reserves are simply released once the account is closed or line of credit withdrawn.)

Much like a sovereign issuer of chartal units, the creators of XRP (the "government") must first spend XRP into the economy so that members of the system are able to pay their Ripple XRP dues (or "taxes"). One hundred billion XRPs have been created, with the founders of Ripple getting twenty billion before distributing the remaining eighty billion to OpenCoin, the organization that will be developing the Ripple system. Potential Ripple users have had wait for OpenCoin to "spend" XRP into the economy before they could begin to use the Ripple system. The first emission was in the form of a free gifting of 50,000 XRP to anyone interested beginning two weeks ago.

Since the initial gifting, XRPs have begun to be traded on secondary markets where they are being priced at around 45,000 XRPs to 1 bitcoin (~1,300 XRP to the US$). Note how well this jives with the chartal idea that the positive value of a fiat token arises because of the obligation members have to pay their dues with that token. Just like chartal tokens are used for more than just tax payments, businesses are agreeing to accept XRP for non-Ripple related transactions.

Most cryptocurrencies, including bitcoin, litecoin, devcoin are bootstrap currencies. To earn a non-zero value, they've paradoxically had to pull themselves up by their bootstraps. No outside institution has given bitcoin or litecoin a helping hand by requiring either as a prerequisite for consummating transactions. Bootstrap currencies are highly unstable—while they've picked themselves up off the ground by pulling on their own bootstraps, they can just as easily lose grip of their bootsraps and crash back to zero.  The demand for XRP, on the other hand, is underpinned by the necessity of using them to pay Ripple dues. This demand anchors XRP's price to the downside.

You'll notice that one traditional element of chartalism is missing here: the state-nature of chartal money. Opencoin and Ripple are private institutions... and yet they have created a chartal currency. It would seem that there is nothing in the idea of chartal currencies that requires the state. (I made this same point in an older post.)
Posted by JP Koning at 2:04 PM