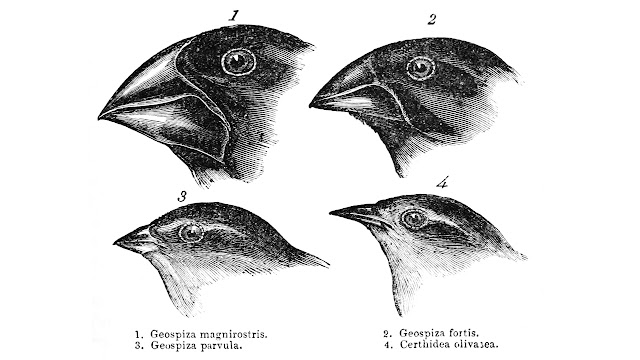 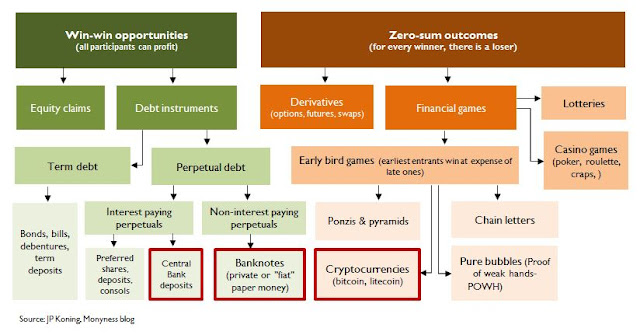 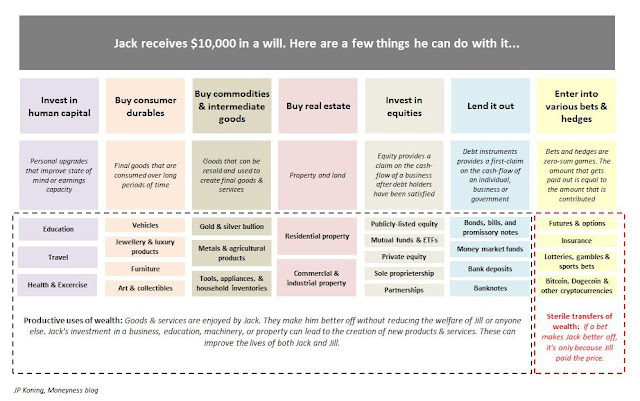 While there are elements of cryptocurrencies that are really neat, they aren't fundamentally new. Rather, they fit quite nicely in the traditional 'bets and hedges' category. If you wouldn't bet all your savings in a zero-sum game like poker, neither should you do the same with cryptocurrencies. A bond or equity ETF is naturally productive, as is an investment in human capital. Consider them first.
Posted by JP Koning at 12:04 PM 7 comments: