Gauti Eggertson's paper (pdf) claims that the US recovery from the Great Depression was driven by a shift in expectations caused by FDR's new policies:

I thought the chart below was effective: 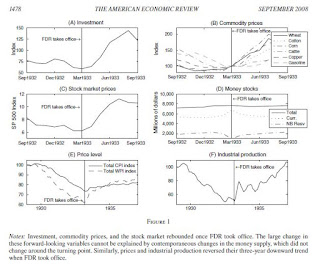