Grexit: An Escape to More of the Same 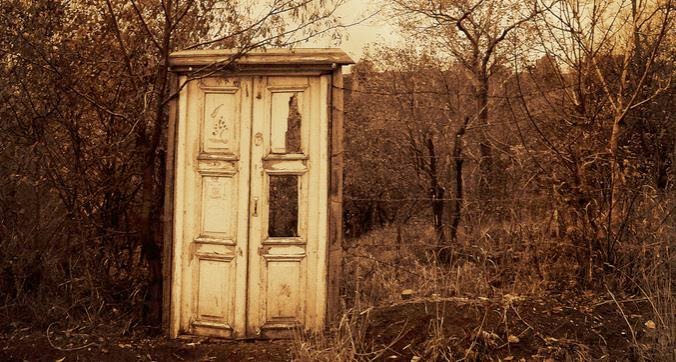 The upcoming Greek election has renewed interest in the idea of Grexit. This option is often presented to the Greek public as desirable given that it would restore an independent monetary policy to the nation.

Beware, this is dangerous advice. The euro isn't a glove that you can take on and off, it's a Chinese finger trap; once in, it's tricky to get out. Even if Greece were to formally leave the euro, odds are that it would remain unofficially euroized, leaving it just as bereft of an independent monetary policy as before. The real trade off in a Grexit-or-not scenario is between formal membership in the euro with some say in monetary policy, no matter how small, or informal membership without any say whatsoever.

The optimists, say someone like Hans-Werner Sinn, advise the Greeks to leave the euro and adopt a new currency. The value of this new drachma would immediately collapse. As long as prices in Greece are somewhat sticky, Greek goods & services will become incredibly competitive on world markets, spawning an export/tourism-led recovery. By staying on the euro, however, Greece forfeits the exchange rate route to recovery. Instead, Greece's competitiveness can only be restored via a painful internal devaluation as wages and prices adjust downwards.

While the optimists tell a good story, they blithely assume a smooth switch from the euro to the drachma. Let's run through the many difficult steps involved in de-euroization on the way to an independent monetary policy. All euro bank deposits held at Greek banks must be forcibly converted into drachma deposits, and speedily enough that a bank run is preempted as Greeks desperately try to evade the corral by moving euros to Germany. At the same time, the Bank of Greece, the nation's central bank, needs to issue new drachma bank notes, the public being induced to use these drachmas as a medium of exchange.

Now even if Greece somehow pulls these two stunts off (I'm not convinced that it can), it still hasn't guaranteed itself an independent monetary policy. To do so, the drachma ₯ must also be adopted as the unit of account by the Greek public. Not only must financial markets like the Athens Stock Exchange begin to publish stock prices in drachmas, but supermarkets must be cajoled into expressing drachma sticker prices, employees and employers need to set labour contracts in terms of drachmas, and car dealership & real estate prices need to undergo drachma-fication.

Consider what happens if drachmas begin to ciruclate as a medium of exchange but the euro remains the Greek economy's preferred accounting unit. No matter how low the drachma exchange rate goes, there can be no drachma-induced improvement in competitiveness. After all, if olive oil producers accept payment in drachmas but continue to price their goods in euros, then a lower drachma will have no effect on Greek olive oil prices, the competitiveness of Greek oil vis-à-vis , say, Turkish oil, remaining unchanged. If a Greek computer programmer continues to price their services in euros, the number of drachmas required to hire him or her will have skyrocketed, but the programmer's euro price will have remained on par with a Finnish programmer's wage.

As long as a significant portion of Greek prices are expressed in euros, Greece's monetary policy will continue to be decided in Frankfurt, not Athens. Should the ECB decide to tighten by lowering interest rates, then Greek prices will endure a painful internal deflation, despite the fact that Greece itself has formally exited the Euro and floated a new drachma.

We know that a unit of account switch (not to mention successful introduction of drachma banknotes) will be hard for Greece to pull off by looking at dollarized countries in Latin America. To cope with high inflation in the 1960s and 70s, the Latin American public informally adopted the U.S. dollar as an alternative store of value, medium of exchange, and unit of account. Even after these nations' central banks had succeeded in stabilizing their own currencies, however, dollarization proved oddly persistent. This is referred to as hysteresis in the economics literature. Economists studying dollarization suggest that network externalities are the main reason for hysteresis. When a large number of people have adopted a certain standard there are significant costs involved in switching over to a competing standard. The presence of strong memories of past inflation may also explain dollar persistence.

In trying to de-euroize, Greece would find itself in the exact same shoes as Latin American countries trying to de-dollarize. Greeks have been using the euro for 15 years now to price goods; how likely are they to rapidly switch to drachmas, especially in light of the terrible performance of the drachma relative to other currencies through most of its history? Those few Latin American countries that have successfully overcome hysteresis required years, not weeks. If Greece leaves the euro now, it could take decades for it to gain its own monetary policy.

As an alternative illustration of the power of network externalities, consider the multi-year plans made by Slovakia (pdf, fig 2) prior to switching over to the euro, or the Czech Republic's timeline when it makes the changeover. Each step must be broadly communicated and telegraphed long ahead of time so as to ensure that all members of a nation are properly coordinated, thus ensuring the network effects engendered by the incumbent currency can be overcome. These euro changeover plans weren't adopted a few days before the switch, but often as much as a decade before.

In sum, I fail to understand how Greece can ever expect to enjoy the effects of a drachma-induced recovery if the odds of drachma-fication or so low, especially given the sudden nature of a Grexit. At least if it stays part of the euro, Greece has a say in how the ECB functions thanks to the Bank of Greece's position in the ECB Governing Council. And at least Greece's inflation rate and unemployment rate will be entered into the record as official data worth considering by ECB monetary policy makers. For just as the Federal Reserve doesn't consider Panamanian data when it sets monetary policy (Panama being a fully dollarized nation), neither would the ECB care about Greek data if Greece were to leave the euro, though still be euroized.