The root of all money 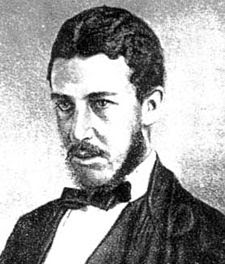 
A while back I had an interesting conversation with David Andolfatto on his post Evil is the Root of All Money. This is surely one of the more catchy phrases developed by monetary economists, who tend to the less-flowery end of the literary scale. David fleshes out a model that shows how untrustworthiness, or evil (what is called a lack of commitment in the NME literature), can lead to the emergence of money.

David finds this interesting because his model doesn't need the absence of a double-coincidence of wants to exist in order to motivate a demand for money. The double-coincidence problem - the unlikelihood that two producing individuals meeting at random would each have goods that the other wants - has historically been the explanation of choice for the emergence of monetary exchange. After all, if one person doesn't want another's goods, she can still transact by accepting some third commodity that is itself highly liquid and therefore likely to be easily passed on come the next transaction.

Imagine a world with no evil, and no, this isn't a John Lennon song. Individuals in that economy are 100% trusted to pay their promises, i.e. full commitment exists. But people are widely dispersed and suffer from the double-coincidence of wants problem. It will make sense to trade amongst each other using transferable personal promises. Each promise guarantees to pay out some quantity of goods produced by that individual upon that promise being presented for redemption. Because promises are far cheaper to hold and transport than actual goods, these promises, and not goods, will circulate along long transactional chains. When a promise is accepted by someone who actually desires the given good, that  promise will be "putted back" to the promisor, the good will be delivered, and the promise canceled. Thus you get monetary exchange... without the evil.

One real-life example of such as system would be the bills of exchange market that existed during the medieval ages up to the early 1900s. See this paper, for instance. Start on page 23 when the discussion on transferability, assignability, negotiability, and endorsement begins if you want a flavour for the bills of exchange system.
Posted by JP Koning at 12:06 PM