Does the Fed lack the technical means to dive into negative rate waters? 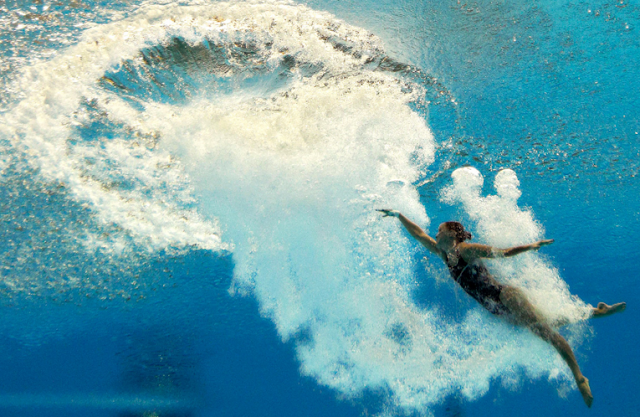 The Federal Reserve may be in a bit of a bind.

With the Bank of Japan reducing rates to -0.1%, many commentators are calling on the Fed to reverse its policy of rate normalization and follow Japan into negative territory.  The problem is this. Thanks to the rules laid out in the Federal Reserve Act, the Fed may lack the technical means to dive into negative rate waters. Let me restate this in different terms. If the Federal Reserve were to reduce the rate at which it pays interest on reserves (IOR) to -0.25% or so, the overnight rate may not follow very far. Monetary policy is useless, or at least less effective than it would otherwise be.

Not only would monetary policy lose some of its potency when IOR falls below 0%, but an unapproved fiscal transfer from the Fed to another set of government institutions could occur. This is because negative IOR has the potential to provide a large subsidy to a narrow range of governments sponsored-entities that are allowed to keep 0%-yielding deposits at the Fed. At deeply negative rates, this subsidy could get very large, turning the Fed's substantial profits into large losses. The result, a steady fall in its share capital, might undermine Fed independence and the credibility of monetary policy.**

Why these odd effects? As Nick Rowe says in this delightful post, in a world with negative interest rates everything old is new again, only it's a mirror image. And in a world of negative U.S. rates, the mirror image of the Fed's leaky floor is a sticky ceiling. And just like the leaky floor (more on this later) dragged the overnight rate down to 0% when IOR was positive, the sticky ceiling effectively pulls the overnight rates back up to 0% when IOR is negative. To see why this would happen, we need to take a quick tour of the legal and technical history behind IOR.

Until October 2008 the Fed was legally prohibited from paying interest to banks. Any bank manager who left reserves on deposit at the Fed earned 0%. This changed with the passage of the  Financial Services Regulatory Relief Act of 2006 which bolted Section 19(b)(12) onto the Federal Reserve Act allowing banks to "receive earnings to be paid by the Federal Reserve Bank." As a direct result of 19(b)(12), the Fed has been paying interest of 0.25% for a number of years, a rate that was recently increased to 0.5%.

...and here is Stephen Williamson on the issue.

Ex-Fed official Narayana Kocherlakota points out that various members of the Fed Board of Governors, including William Dudley and Stanley Fischer, have already hinted at negative rates as a potential tool, the implication being that the Fed has high confidence in a certain interpretation of the Act that would legally justify the move, otherwise they would not have spoken. Don't forget that Fed general counsel Scott Alvarez will have to sign off on the question of legality. Alvarez is the one who allowed a truck to be driven through Section 13.3 during the credit crisis, legalizing the bailout of Bear Stearns and AIG via Maiden Lane.

Let's assume that there is no legal controversy and the Fed sets negative IOR of -0.25% tomorrow. That's where the Fed's real problems start. Because as I said at the outset, the overnight rate won't follow IOR down in lock-step, it may even stick to the 0% ceiling. On top of this is the aforementioned subsidy provided to those institutions that have access to interest-free deposits at the Fed, namely the government-sponsored entities Freddie Mac, Fannie Mae, and the Federal Home Loan Banks (I'll describe this subsidy later).

As I said at the outset, the sticky ceiling problem is the opposite of the well known leaky floor problem. Over the last few years the various U.S. overnight rates have traded below IOR. These leaks are odd since IOR is supposed to set a lower bound to the overnight rate. After all, why invest your funds at 0.05% overnight when you can get 0.25% at the Fed? We can blame the leakage on our three government-sponsored entities (GSEs): Freddie, Fannie, and the Federal Home Loan Banks. These GSEs are allowed to keep accounts at the Fed but are prohibited from collecting interest. Rather than earn nothing, the GSEs have been lending their reserves overnight to banks who have access to IOR. These banks have been engaging in arbitrage whereby they borrow GSE funds at 0.05%- 0.15% and invest them at 0.25%, a nice gig if you can get it.

From whence this prohibition on interest? 19(b)(12), the same bit of legalese that authorizes IOR, emphasizes that only "depository institutions" can receive interest, and since Freddie, Fannie, and the Federal Home Loan Banks are not depositories, they do not qualify (this article speculates why).

The ultimate effect of all this is that if and when the Fed decides to brings IOR to -0.25%%, the overnight rate is going to do a flip—rather than trading below IOR it will start to trade above it. Why the inversion? In positive rate land the IOR exemption meant that it really sucked to be the GSEs. But in negative rate land it's great to be a GSE. When all other banks must endure a -0.25% penalty, an exemption from IOR becomes an asset, not a liability. Banks, sensing a way to improve their returns, will compete to purchase 0% shelter from the GSEs. Say they offer to lend funds to the GSEs in the overnight market at  -0.17%, an 8 basis point improvement to IOR of -0.25%. GSEs would be hard-pressed to not accept this gift. After all, they'd be borrowing at -0.17% in order to lend to the Fed at 0%, which means 17 basis points in risk free profit. Taken to the extreme, a profit-maximizing Fannie, Freddie, and the Federal Home Loan Banks will compete to borrow the entire $3.3 trillion in reserves held at the Fed, driving overnight rates back up towards 0%. No matter how deep the Fed brings IOR into negative territory, the overnight rate stays stuck at a shallow level thanks to the GSEs.

You may recognize that the sticky ceiling problem is just another (perhaps weaker) version of the good old zero-lower bound problem, but in the role of 0% cash as antagonist, 0% deposits held at Fannie, Freddie, and the Federal Home Loan Banks have been substituted.

Now it could be argued that GSE arbitrage will force the overnight rate within a hair of negative IOR. For instance, if  IOR is at -0.25%  the overnight rate might trade at -0.24%. If so, the problem is less about monetary policy impotence and more about the massive subsidy being granted to the GSEs. These institutions have a large incentive to hoover all the reserves held by non-GSEs in order to earn risk free returns. Rather than earning 0.25% on reserves held by banks, the Fed will get 0%. And since the Fed's profits--what economists call seigniorage--typically flows to the taxpayer via the Treasury, taxpayers would be subsidizing Fannie, Freddie, and the Federal Home Loan Banks to the tune of millions, a fiscal transfer lacking the appropriate Congressional approvals.*

If the GSEs take the free gift, this will have very real effects on the Fed's financial health.  With IOR at -0.25% the steady rolling-over the Fed's assets will result in a decline in their yields, maybe even negative returns. As the spread between the return on assets and cost of liabilities shrinks, the Fed's seigniorage will drop dramatically. In  normal times, a certain portion of this seigniorage goes to rebuilding any impairments to the Fed's capital base while the rest flows through the Treasury to the taxpayer, either in the form of reduced taxes or services. With a 0% loophole being offered to the GSEs, the Fed risks running permanent operating deficits which in turn will lead to a steady erosion in its capital base. If the equity writedowns gets too large this may reduce the Fed's credibility in the eyes of the market, thus reducing the effectiveness of monetary policy.**

The Fed will have to plug this hole if it doesn't want to find itself neutered and/or subsidizing the GSEs. Maybe Fed officials can cap the amount of reserves that the GSEs are allowed to borrow, or use moral suasion to get the GSEs to drop out of the market. Better yet, maybe Fed Chair Janet Yellen can ask Congress to change 19(b)(12) so that, like all other banks, GSEs get to receive IOR (and are forced to pay it). Alternatively, maybe the laws can be altered so that the GSEs are prevented from keeping deposits at the Fed to begin with.

The legal option is a good idea for two reasons. First, it means that negative IOR effectively sets the overnight rate, restoring the pass-through from negative rates into financial markets and the real economy. It also removes the subsidy to the GSEs and the potential for large hits to share capital. Secondly, it fixes the Fed's leaky floor problem at positive rates of IOR. The Fed has already set up an overnight reverse repo agreement (ON RRP) facility to borrow from those ineligible to receive IOR, the idea being to keep a sterner floor under overnight rates. But as Marvin Goodfriend writes, ON RRP


violates the minimal intervention principle of central banking by turning the Fed into a financial intermediary operating directly on a large scale beyond the banking system with the potential to distort short term credit allocation and enable disruptive flight-to-quality flows during periods of financial distress.

Far less obtrusive to fix the leak with a quick change to legislation than fully arming a new battle station.

In closing, if the Fed wants to go negative, it may have some technical details to worry about. Fed officials no doubt already know this. If they don't, the blame can be attributed to their all-out focus on so-called normalization. By throwing all their organizational capital into the creation of a mechanism for keeping rates on an upward trajectory (the ON RRP), the Fed has diverted resources and attention away from the design of a complementary mechanism necessary for a downward rate trajectory. In hindsight, perhaps the Fed should have been tasking half its lawyers, accountants, financial architects, and media personnel to the rate normalization project, and the other to the negative rate project. Time to play catch-up?


Due to the difficulty of this subject matter, I've altered this post a few times since initially publishing it. The general idea has remained the same.

* In my original post, this paragraph didn't appear but was in the footnotes. I think it's important enough to bring up to the body of the text.
** Added on January 4.
*** Since originally posting this, I've softened my position on the sticky ceiling. I originally thought that the overnight rate would stay stuck at 0%, but I now feel it is likely to move closer to negative IOR. It would remain above IOR, however, so the idea of a sticky ceiling, while muted, is still relevant.
Posted by JP Koning at 2:14 PM