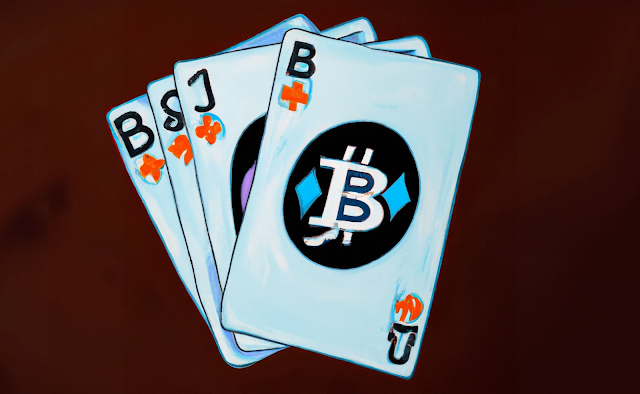 Is crypto just gambling? That's a point I made in my recent "let it burn" blog post. (And I notice that the ECB's Fabio Panetta recently said the same thing, describing crypto as a "gamble disguised as an investment.") In this short post I want to clarify what I mean.

What the word "crypto" means (in my universe, at least) is the array of financial applications built on a new kind of database, otherwise known as a blockchain. Some blockchains include Bitcoin, Ethereum, Solana, Tron, and Dogecoin. What makes these databases novel is that they are open(ish) and decentralized(ish). Contrast this to my bank's SQL database, which is 100% under my bank's control.

Then blockchains arrived, beginning with bitcoin in 2009. And people started to replicate on blockchains the financial applications that had previously only been built on regular databases.

And now we can get to why I say that crypto is just gambling. To date, the most popular financial applications being hosted on blockchains are all gambling applications.

The dominant form that blockchain-based gambling takes is betting on the prices of various unbacked tokens including dogecoin, shiba inu, xrp, cardano, ether, litecoin, and bitcoin. The price of these tokens is arrived at via a purely self-referential process whereby players gamble on what "average opinion expects the average opinion to be." The resulting price is so spectacularly erratic that a good player can buy some dogecoin at the beginning of February and make 100% by the end of the month, or 10,000% by December.

However, the aforementioned non-gambling financial applications that have been built on blockchains mostly serve people who are themselves gambling on the prices of dogecoin, bitcoin, shiba inu, and other unbacked tokens. Most of MakerDAO's loans, for instance, have historically been to gamblers who want to speculate on the price of ether.

And so once again, that's why I say that crypto is just gambling. Most people who use blockchains are either directly gambling on unbacked token prices, or are providing financial services to these gamblers.

At the moment crypto may just be gambling, but that doesn't mean it'll always be just gambling. Eventually what we'd like to test is whether blockchain-based financial applications have the ability to emerge from the self-contained gambling cocoon they currently occupy in order to (safely!) serve the massive population of non-gambling financial consumers. For instance, in the future might it be possible for a small business to get an unsecured loan from MakerDAO as easily and cheaply as they can from a local bank or credit union?

For now, we don't know the answer to this test. It could be that blockchain-based financial applications simply lack the moxie to transcend the earthly gambling plane into something more broadly useful, and offering gambling on unbacked coin prices and services to those gamblers is all they'll ever amount to. Or maybe not. It'll be interesting to see the results of the test.