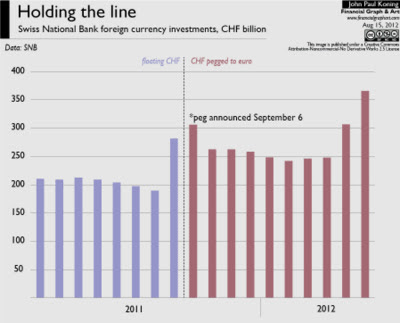 The fact that the SNB has been forced to purchase large amounts of euro deposits indicates that for some reason, private banks haven't been stepping in to do their part. As a result, the SNB has had to fill the gap they have vacated. This could be because the banks don't believe that the peg is credible. Or maybe the SNB was never Chuck Norris to begin with. If the SNB isn't, then why would the ECB or Fed be Chuck Norris-like?
Posted by JP Koning at 10:29 PM